The algorithm stands out with the idea to pre-detect possible abnormal regions which are then fed to two ensembles of 17 3D convolutional neural networks (CNNs). It is combined with the algorithm by Julian de Wit at the prediction level.

Neither mentioned in the repository nor in the technical report, but since the authors had to accept the Data Science Bowl rules, the code must be published under MIT license.

Dependency packages: Neither the repository nor the authors specified exact versions of the Python packages:

To detect candidate nodules, the author built a model for identifying regions of the scan that appear abnormal:

The author found out that it is very helpful to predict further attributes of the nodules such as diameter, lobulation, spiculation, and malignancy. He suspects that

When plotting the feature importances, one can clearly recognize that malignancy is the feature that correlates the most with the cancer probability. Another interesting fact is that the Z-dimension, so whether the nodule is closer to the head or closer to the feet, is also a very useful feature. 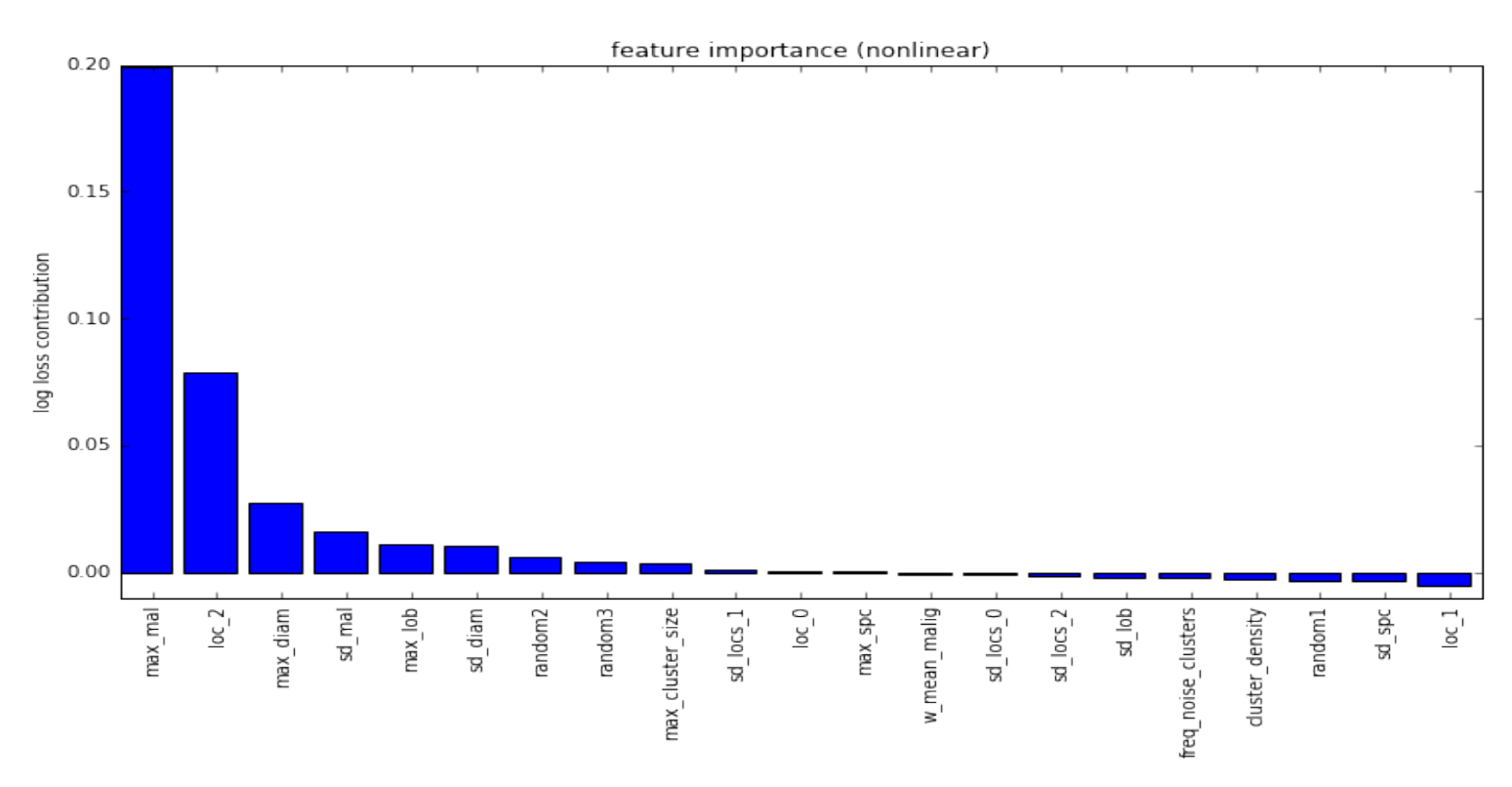 Usage instructions: The code used to score and save the predictions is in scoring_code.

A very tough problem might be that the author was not able to specify exact dependency versions he used. This could become a problem when we try to “estimate” the used versions. In the README the author already mentions: Also - I have noticed that a newer version of OpenCV can break some of my code. What might be even more devastating is what the author means by stating Also I sometimes make modifications to my local Keras install to try out new things. This makes it really complicated to estimate whether porting it to Python 3 is feasible.

Porting to run on CPU and GPU¶

I haven’t found the code that specifies which device to use for training so far. I’d estimate that porting the code to work on a CPU should definitely be possible.

Improvements on the code base¶

I reached out to the author about how to actually use the proposed algorithm (he suggested to get in contact with him in such a case). Unfortunately, he didn’t respond so far.

One could try to reduce the number of trained networks and predicted abnormal regions in order to speed up the prediction time.

From my point of view, this is a very promising approach. First using a network to suggest abnormal regions with helpful attributes that should further be investigated is a neat way to reduce the problem size. Unfortunately, there is very little to no documentation of the code. Furthermore, we don’t know which exact dependency versions have been used which might result in further problems.